Will Drastically Stop the Killing  of the Innocent in Abortion

Hello, my name is John Jerome Nowak. There are two primary questions that sum up my life and quest that began at 12 years old.

At 12 years old, through a visual and immediate perceiving, I came to a conclusion, and tried to live my life accordingly. 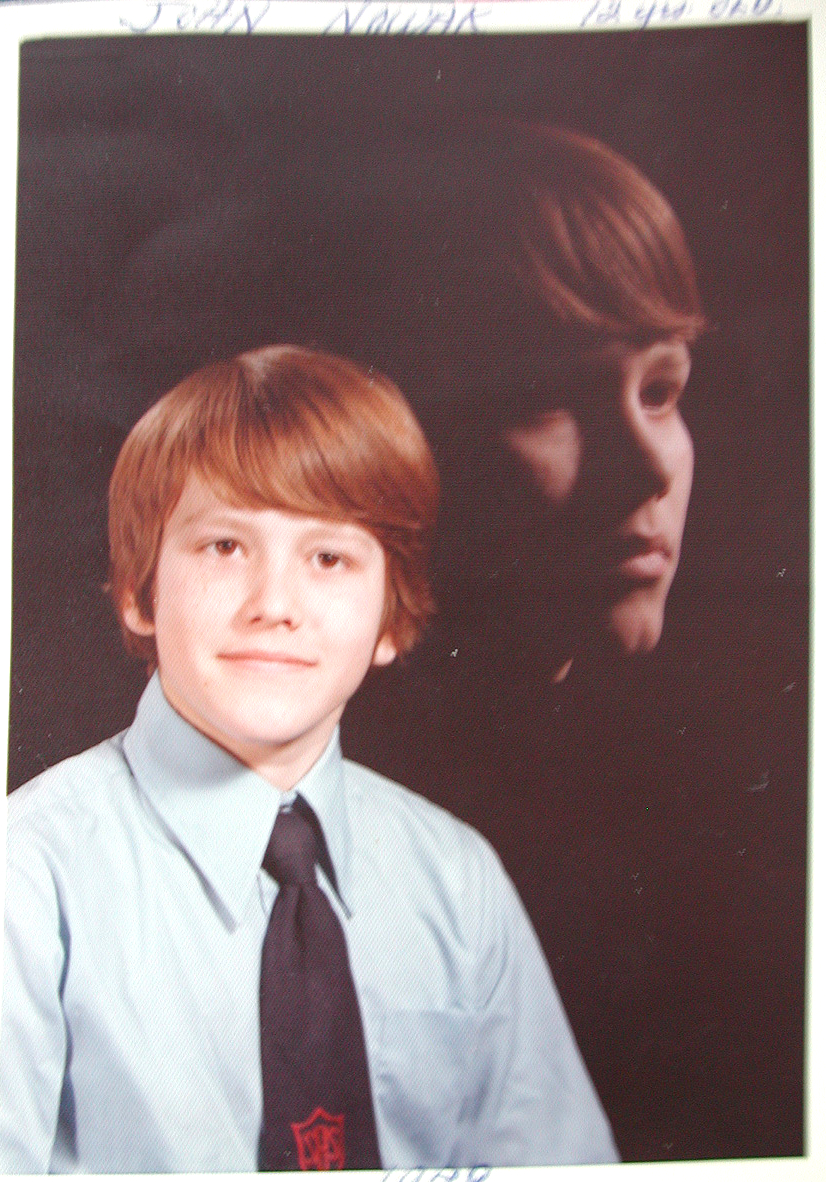 When twelve years old, during lunch recess at school, I stood on the grass facing about 30 ft away from a very large old sycamore tree. The tree's trunk was about three to four feet in diameter. I recollected from observing the world, and my older brother and his friends were forever after the quest of having sexual relations. I began to visualize within my mind for a brief moment, right of the large tree, a youthful couple, as if floating, about three feet in the air. I envisioned both male and female were a virgin, when had sexual intercourse unknowingly to others. Feeling at first discomfort, then immediately a sense of ease, comfort came over me. God had naturally joined them together. God had bound them in a lifetime marriage.

I visulaized as if Catholic Priest were standing behind the large tree as if upon the narrow and wide sidewalk connected, as if looking down on me and looking down on God who sees men and woman in marriage.

I then imagined a man who left his lifetime marriage that was unknown to others, and took another of someone else’s lifetime marriage. I sensed discomfort that he was proud. God sees all things and will hold him accountable.

Next, I perceived lifetime marriages, even when occurred unknown to others, when the male and female were equally virgins, had a lasting remembrance of giving to each other their virginity. This remembrance supplies the greatest potential of devotion for each other for a lifetime, for the greatest potential of contentment, peace and tranquility for the largest number of people in the world.

In contrast, I perceived the existing mentality in the world and in the Roman Catholic Church, when particularly two virgins, male and female, had sexual intercourse unknown to others, that if the relationship broke off, were regarded as either not a big deal by the world, or called a sin (fornication) by the Catholic teaching. To conveniently leave each other in error, thinking they're doing the will of God in leaving each other. I imagined the mentality of the world and the Catholic doctrine were the underlying reason for the great chaos happening in the world. I didn't linger on, especially the latter thoughts, lest I be tempted and fall into such situations, making it the more difficult at times to recall them, and because it was part visual within and immediate perceiving, was besides, difficult to ever express them.

I then looked toward the left side, directly behind the sycamore tree, at the narrow sidewalk beside a separate two story dark brick building, was a convent for nuns. I pictured in my mind, a couple, among others, on the narrow sidewalk, in their marriages like my parents, thinking there were some differences between my parent's relationship lasting, compared to this generation's relationships failing.

Then I stood to the right of the large sycamore tree where I imagined the couple was floating in a lifetime marriage by God. I looked forward a few feet where the narrow sidewalk became broader, parallel up to the multiple steel, windowless, closed, emergency doors on the back side of a smaller section of the school. I focused on the doors, where immediately inside, about ten feet, was the door to the girl’s bathroom, and immediately to the left, the door to the boy’s bathroom. The emergency doors were forbidden to be opened, to walk outside. Only few dared to open. I sensed a strange feeling, as if it was staged around me, perhaps by God, that there was some kind of meaning to the doors that were only to be open for emergencies. In later years the meaning came to me, that many lives, their sexual past, must be open and talked about, to reveal if they are married in God's eyes, to someone in their past.


Historical biblical concept of "One Flesh Marriage" basis of shot gun marriages. Beginning at 18 years old I began researching the bible to determine what I thought at 12 years old can be verifiable, these are the facts I found.

Diminished comprehension and practice of the historical biblical concept of  "One Flesh Marriage",  due to the so called Catholic group and other religious groups placing stumbling blocks/barriers in the minds of their subjects down through the centuries:

(Early 1970's onward) State Secular Religion of Morphed-Infidelism, unconstitutional massive education system having 1800 government funded Universities and colleges and monopoly 1- 12 grades that was a substantial controlling effect in the premeditated murder of over 60,000,000 CGHL/babies/future citizen:

Section One: Lifetime marriage will be recognized after or before a filed marriage certificate, public ceremony, states a man and a woman has or will become one in the same flesh, sexual intercourse, married.

Section Two: Promotion of abstinence, public ceremony and filed marriage forms are necessary for order and peace, but not following through must not justify gov’t to exploit these lifetime marriages by labeling them as only teen sex or adult sex, distribution of condoms in schools, and abortion killing. These unregistered lifetime marriages need recognition, responsibility, and perseverance for our country’s sake.

Wikipedia Most states, however, allow minors below 18 to marry (generally they have to be at least 16 but sometimes lower) with parental and/or judicial consent.

Some states allow females from 12 years old if she is pregnant to marry with parental and judicial consent in Arizona, California, Colorado and North Carolina.

California: 18, no minimum with approval of a superior court judge and parental consent.[4]

Indiana: 18, 17 with parental consent, 15 in the case of pregnancy with both parental and judicial consent.[7]

New Hampshire: 18, 14 for males and 13 for females, in cases of "special cause" with parental consent and court permission.

Pennsylvania: 18, 16 with parental consent, 14 in case of pregnancy and with the approval of a Judge of the Orphans Court.

Section Two: The government will enact into law, make it compulsory all youthful one flesh marriages (particularly virgins), the legal formality must be performed for civil order in society. For young men and woman between ages 12 (if pregnant even slightly earlier age) to 18. The young man’s and young woman’s parents status in society, income, religion, race, nationality must surely not interfere by penalty of law (jail).

Section Three: The young man or young woman cannot divorce officially for seven years This to at least make every possible attempt of having the marriage last. Separation is allowed but official divorce to free one legally to marry another won’t be allowed for seven years. However some harden hearts after seven years will marry another. The seven year marriage law would help to hamper them from getting involved in other people’s lives. Especially informing, warning others who want a honorable lifetime marriage from virginity to the grave.

Section Four: For after seven years they can remarry officially. Why? There will always be people who will not submit to marriage for a lifetime, and as Moses allowed remarriage, not that he was someway justifying the action, but understanding there are many harden hearts that cannot ever be persuaded, that so, he allowed remarriage, which I propose after seven years, then it's up to the young couple to decide their paths. However to promote the general welfare of the community, for seven years they must be given the best environment, that their marriage will continue and flourish. If government gives into a few disgruntled parents, not wanting their daughter or son to marry someone due to financial reasons, opposite religious feuds, racial prejudice, etc., and government not recognizing the marriage had occurred at mutual consenting sexual intercourse and not holding the couple accountable to each other, then the flood gates are open and the end result is the current situation today; millions of conceived babies that are slaughtered in premeditated, slow torture, killing, murder, disguised by the label, abortion.

Section Five: Seduction of a young woman or man will be a crime.

Foot note: The judge needs to weigh carefully each situation, to determine if a marriage, and the husband is showing responsible, obligation in his love, adoration, care, making the marriage official, there will be no criminal consequences, if however there is a lack of these actions is demonstrated by the husband, or if it is adulterated, meaning the man is already married or polygamist, then their must be criminal consequences, and uniformly given across race, wealth or poor, religion, etc.) but not exceeding five years for each individual person involved with the max 20 years imprisonment.

Footnote: I wrote this section "accountability young men and woman" to replace the idiotic statutory rape laws that has absolutely no support in the bible, is absolutely not rape, when their is consent. I gather the so called statutory rape laws, which are a mishmash of laws, different form each state, were made recently in law, is a power grab, to make young men and young woman out to be children, not responsible, obligated to their actions, for if they are considered as children, it will continue the monopoly of the government school teacher bureaucracy. They increase their numbers of teachers, when decades ago increase the age from 16 years old to 18 years compulsory schooling. This gave the larger bureaucracy a stronger hold, monopoly of power, more leverage, had more teachers in the government. Add the recent addition, the field of Psychology in the fray, you have a bloated big government, secular religion. The field of Psychology, combined with a monopoly of so called teachers, working hand and hand, dismantled through their brain washing through the decades, the biblical understanding in the citizens who recognized marriage occurred at the moment of one flesh, mutual consented sexual intercourse taught from genesis, Moses and Jesus, supported in the countryside in our age by shot gun marriages.